Threats to successful relationship: A stingy boyfriend vs. the spending girlfriend 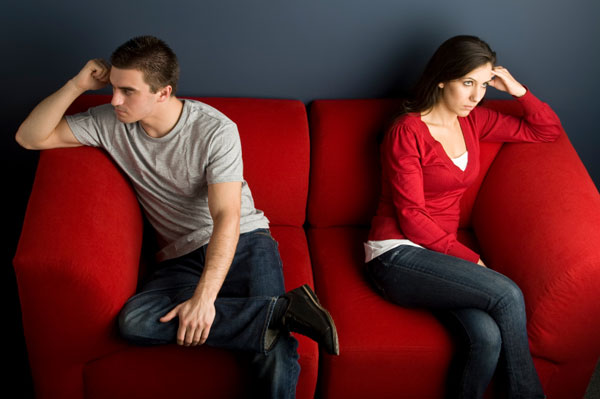 In this edition, i seek to throw
more light on pertinent issues amounting to threats in relationships and marriages.

The following are phrases often heard from one partner about the other:

Only about one in a thousand relationships are without such problems; the boyfriend accuses the girlfriend of exaggerating in her expenditure and she accuses him of being stingy; this leads to fights and misunderstandings in relationships, and could, in some cases, lead to break ups.

A relationship is about kindness, caring, generosity, being each others greatest fan, understanding and trust. What is obtained from giving is the joy and appreciation of the receiver, not an immediate monetary return.

Men tend to act stingily on their girlfriends for many different reasons most of which evolve around the fact that they have been taken advantage of so badly at some time that he may have vowed it would never happen again.

For instance if Jeremy in his past relationship spent money overly and yet, ended up being betrayed; he looks at his situation and says, “no woman would ever spend my money this way’ base on those words, his next partner becomes victimized.

Most ladies call a guy stingy if he does not satisfy their every need and desires, but that is not stingy.

“A stingy guy fails to fulfill his financial or material obligations to his partner even though he’s got the means”.

In other words, a man that has a stable financial status and yet denies his girlfriend satisfaction of needs can be said to be stingy.

A man must not wait to build a castle of money before attending to the needs of his girlfriend.

A stingy man hates giving and complains each time an issue on money crops up. Each time there is a misunderstanding, the issue on board is money or something the women has to buy which may be a necessity.

Even when you begin to talk about something nice you saw in town, some even go to the extent of pretending to have a phone call which would last for hows; just to sway from the conversation.

Though love is not calculating, a stingy man sits to calculate the money he’s spent on his girlfriend and sometimes begins to imagine the things he could have done with the said amount of money.
Even before his girlfriend asks him for money, she already knows the answer to expect as by this time she is used to his cliché which is “I am broke” which is to say that he is penniless.

This kind of behavior leads a woman to infidelity as she begins to cheat on her boyfriend in order to satisfy her needs.

For the men, life with a spending girlfriend is like a hell on earth. The spending wife does not consider her boyfriends income in any way. She wants to change her wardrobe almost weekly. She also wants to purchase everything that seems pleasant to her eyes. She has countless shoes and clothes yet she feels the urge to purchase more.

The spending girlfriend is very demanding and always talks about one thing she wants or another. Her expenses outweigh her boyfriends income and the pleasantries of the world have formed a spectacle around her eyes such that she refuses to see the pains her wasteful expenditure may be causing her partner.

A spending girlfriend nags about her upkeep money and seems to have minimal knowledge about economy or management.

A spending wife does not care where the money would come from to satisfy her demands. She only sees her boyfriend to be caring when he is providing all her redundant needs. The only time her boyfriend is safe is when she has not yet set her eyes on something she finds attractive.

Her boyfriend is uncomfortable strolling with her in town because he is certain he would have a negative bill by the time they get back home.

A bill he might not even be able to settle. She always has a list of stuffs she needs to buy even before her boyfriends salary is due.

More often these excessive demands are only for her to showoff when walking on the streets, though there is no fashion show.

A spending girlfriend is quite unfaithful because she finds one partner too small to satisfy her demands. She would therefore pick a couple of partners and share her demands.

A caring girlfriend would advise that you save up some money for the future and not help waste the money on unnecessary expenses.

These two categories of people are a possible threat to a successful relationship.

If most men were to be less stingy on their girlfriend and the women were to cut down their expenses, they could have an enviable relationship.

As you look forward to our next edition feel free to comment or email us on lovertalk442@gmail.com or follow us on twitter.com/lovertalk442 for more

Love can hurt,
Love can burn,
It can break,
But it can cure,
It can bind
It can smile...

Men and Women which ones are more faithful in relationships?

Click here to send Us mail for a date